At the December meeting, the Board of Directors of Leominster Credit Union approved the promotions of Ellen Coughlin, to AVP, HR; Joanne Lattanzi, to AVP, Marketing and Nicole Legere, to AVP, Compliance.

Ellen Coughlin promoted to AVP/HR
Ellen Coughlin was originally hired as a teller in the Worcester office. She was promoted to the loan servicing area before moving into Human Resources in April of 2004. Coughlin is responsible for policy administration, performance management programs, recruiting initiatives, compensation/salary administration and employee relations. Coughlin received a BA from Worcester State College in Spanish and a minor in Health Sciences. She went on to receive her master’s degree from Emmanuel College, with a concentration in Human Resources. She has also received her PHR, Professional Human Resources designation from the HR Certification Institute. Coughlin resides in Sterling with her husband and daughter. 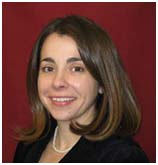 Joanne Lattanzi promoted to AVP/Marketing
Joanne Lattanzi joined LCU in 2011 as Marketing Associate. She was promoted to Marketing Manager and Officer in 2013. Prior to joining LCU in 2011, Lattanzi was the Director of Marketing and Public Relations at The First National Bank of Ipswich. Lattanzi is involved with numerous committees within the LCU organization and responsible for various community events such as Shred Days. Lattanzi is currently responsible for managing media relations, event coordination, website and social media content. She is a graduate of the ABA School of Bank Marketing and Management and resides in Melrose with her husband. 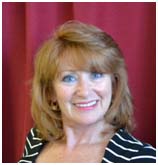 Nicole Legere promoted to AVP/Compliance
Nicole Legere started at LCU as a consultant through a partnership with the Cooperative Credit Union Association in April of 2014. Legere is responsible for the compliance department. She has developed and administered a comprehensive Compliance Program. Legere earned a bachelor’s degree from University of Massachusetts at Amherst in Political Science and her Juris Doctor from Roger Williams University School of Law. She has been admitted to both the Massachusetts and New York Bar. Legere resides in Clinton. 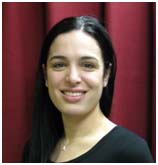 “These promotions are the result of the exceptional performance of these individuals within their respective departments,” commented John O’Brien, President and CEO. “Ellen, Joanne and Nicole display exemplary behavior and discipline in getting the job done and we are pleased that they are part of the LCU Team.”